My day on a multicam sitcom set

New York has not been known for multicam sitcoms, much to the chagrin of comedy actors. In 2016, though, we got Kevin Can Wait , which starred Kevin James , was cast by Tucker Meyerson, and was canceled this past spring. 🙁 Below is an account of my day on set, where I did a co-star role as Maritza, the coffee lady who serves Kevin – known to her as “Mr. Hammer.” Even though the show was canceled, this information might be useful to New York actors, especially because we have another multicam sitcom that’s starting up right now, the reboot of Murphy Brown. 🙂 Casting is by Telsey & Co., so get going and break a leg!

This is the story of my day on set as a cast member of a multicam sitcom – a first for me! It is written for the benefit of the many actors who have never been on a multicam set. So often as New York actors, we end up booking lots of theatre gigs and the occasional TV role here and there, maybe on procedurals like Law & Order: SVU or Blue Bloods, or on single camera comedies like Younger. I have worked on SVU and appeared many times on Late Night with Conan O’Brien when his show was in New York on NBC. Sometimes there was a studio audience for Conan since we’d be at the live taping, but often we’d record something to be aired on that evening’s show. So even though I’m at home on sets, I learned some new things while working on Kevin Can Wait, and I think they are particular to 1) the show being a multi-camera sitcom, and 2) a practice that possibly stems from the show having lots of LA people on set. Keep reading for more…. 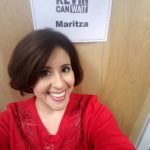 NY actors have a big advantage when working on a multicamera show and do you know why? It’s because many of us do lots of theatre and we know how to time our lines, not only for comic effect, but also according to audience response like laughter. Usually, multicam sitcoms are shot before a live studio audience. On my day on set, though, there was no studio audience. At the first rehearsal, I noticed that in between my line in response to Kevin’s, they played a laugh track. I didn’t expect this, but it didn’t faze me at all because I pride myself on always reaching into my training and experience. Right away I gave myself a note to pause next time for the laugh. Of course, once I gave myself this mental note, at least three AD’s came up to give me the same exact note: wait for the laugh track. Kevin had already moved on to rehearsals with the other co-stars and I was fine with all the reinforcement because I get it – time is money, these shows are incredibly expensive, and my aim as a co-star is to forward the story and not cause problems. Note taken and executed and you get ONE rehearsal. Cool. So here is point one: if you have a line after a joke on a show that is usually taped before a studio audience, wait for the laugh to deliver it 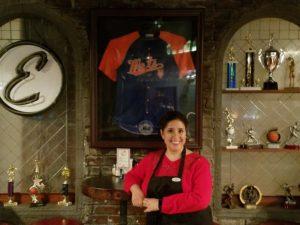 even when the studio audience is not there. Keep your head and use your training to fulfill your part in the story.

When I got to set after a long day (8 hours) of rewrites, hair and makeup done and redone and costume changes, I was told where I’d be standing and working (busily pouring coffee) and got psyched to rehearse and shoot. I looked around at the enormous set that looked like a car dealership and there were around four huge Transformer-looking cameras at different areas of the sound stage, at least two of them near my area of the stage. The rehearsal was super quick and I already discussed my most salient note above, which was to wait for the laugh. The sound stage was huge, though, and as I looked around at where Kevin walked through the dealership and watched the other rehearsals, an AD came up to me to tell me which camera was “mine” and that I needed to cheat to it a little. That was so helpful! Once I knew that for sure, I was able to map the action in my head using the locations of the cameras as a guide. It was very useful in maintaining continuity with my movements throughout the entire scene.

And my third point about working on a multcam sitcom

The third thing I wanted to share is a custom that I’ve never seen on a set before. To me it looked like a basic raffle, which it turned out to be. But a raffle on set? Another co-star who was my lunch buddy and who used to live in LA told me that this was a common thing out there, but he didn’t see it in NY very much. He said each set calls it a different thing, from “$5 Fridays” to the “raffle.” Here’s what happened: during lunch one of the PAs (I think) went around mentioning money collection from the cast and crew for the drawing. Huh? I’d never heard of such a thing and at first I was a little weirded out that someone was asking me for money. But my lunch buddy knew what it meant right away and once he explained it to me, I was totally game because 20 years ago I won a football pool on a lark and now I always think I’ll be the winner! We asked to put money into the pot, but the money collector said co-stars weren’t part of the drawing. It was only for series regulars, crew and administrative staff. This was a bummer, but we were welcome to watch the proceedings, so off we went.

After all the cash was counted, the names of everyone in the running were put into a spinning barrel, like lottery numbers. Before they drew names, the showrunner/director thanked everyone and reported the amount in the pot – something like $4,000. He asked if there should be one, two, three or four winners. By shows of applause it was decided that there would be four winners. So he and Kevin James and the other producers stood there, turning the barrel and picking the four names out. I wish this writing could relay the warmth of that moment. I was happy for the winners, they were happy, and their colleagues – the cast and crew – were also so happy for them. People talk about how close people get on sets, how the cast and crew become like family on a TV show, and in that moment I saw that cohesiveness and love. From the PAs to the accountants to the camera people, everyone was working their ass off, having fun, and very happy for the chance to win $1,000. It was awesome. Maybe this happens on lots of shows and I’m not sharing anything new for you, dear reader. But I share it because feeling unprepared is uncomfortable and nobody likes it. No acting book I’ve read has ever mentioned this practice, and having it come up by someone mentioning money – from me – and a drawing was disconcerting to say the least. I approach new experiences with an open mind and I try to be as prepared as possible, and I hope that sharing this will help you be the same. Now you’ll know what I didn’t. And I do hope you see it during your journey because it was a lot of fun. I hope more and more NY sets take up this practice

I’ve now gone through the lessons I learned on a multicam set: 1) use your training to wait for laughs, 2) find your camera, and 3) don’t be surprised if someone goes around asking for money on a Friday on set – it’s probably for the raffle/$5 Friday or whatever it’s called on your set. Keep your eyes open and your head cool. I hope this helps you when you book your first multicam sitcom! And if you’d like to see a clip of the final product, my scene with Kevin James, feel free to click here.

This post comes to you with many wishes for your success in the coming years…
may you have lots of auditions and bookings!

This site uses Akismet to reduce spam. Learn how your comment data is processed.